In this episode, I’m speaking with Laforenzo all about Courage and Grit and how is on a pathway to help others change their mindset around money.

Before anything more, Laforenzo Wilkins is a Christian, He puts God ahead of his life. You will hear him say often, “it’s God’s plan”. A proud father, good friend, and pet lover, he loves being an inspiration to others. He is ever seeking to motivate and encourage anyone; everyone he meets to push for higher-quality living. Laforenzo sets out each day with the hope of making at least one person smile. He touts often that you never know what someone has going on in their lives, and if he can do nothing else, he can at least give them a smile.

Broken hearted and weary physically, Laforenzo felt his faith wanning. In late 2019 his then fifty-eight-year-old mother was diagnosed with Dementia, early-stage Alzheimer’s. He was at a loss on how to receive that news. In hindsight he knew his mother did the best that she’d learned how, to raise him and his sister, but because she seemed to always have been at battle with her own demons, their relationship was distant. And his relationship with his father had been completely non-existent from the moment his mother chose to leave his father when Laforenzo was ten years old.

Then on January 3, 2020, Laforenzo received news that even today, still causes him to cry at the thought of it, his best friend had been brutally murdered. This was a heart break on a different level for him, in fact, he felt like his soul had been severed. As if his mental and emotional wasn’t broken enough, his physical sooner followed, Laforenzo was diagnosed in April 2020 with COVID-19. Even with all the pain and turmoil that haunted his body, heart, and soul, with each day he continued to smile. He knew that somehow, he had to keep pushing forward. So as his health improved, he decided to try and heal his spirit by focusing his attention towards helping those that were far worse off than he. He became an advocate for feeding the homeless.

Dedicating his time to helping others only brought so much solace, and Laforenzo felt that slowly even that was wanning. He desired, no he needed to find some peace, so he turned to God. Laforenzo noted driving out past his home, one afternoon to a lake nearby, and there he did something he hadn’t ever done before; he had an honest to goodness, truthful and cleansing, heart-to-heart conversation with GOD. He’d concluded that God must have a higher purpose for him, that it must be in God’s plan for him to accomplish something great.  In fact, his best friend had instilled that very thing in him since they were kids.  Except Laforenzo had no earthly clue as to what that could be. So, he prayed and asked God, at this lake, on this day, to reveal his true purpose in life – to reveal to him his true gifts. He wanted God to use him – all his good and bad, to be an inspiration to another – to simply be a source of happiness for someone else.
Laforenzo thought about his own struggles in life, his mother’s struggles, and considered his sister’s encouragement, that he was meant to be in sales. Between all this and God’s guidance, Laforenzo found the AM/PM Academy, by creator and founder, Ashley Massengill. He decided to make the investment first and foremost for upgrading his own lifestyle, but also to help others do the same. He knew that God was with him on this journey, because just as he was about to lose both himself and his faith – in June 2020, God blessed him with a few miracles. He was able to remove his 15-year-old son from an unfavorable situation and relocate him to Texas with him, he and his partner were able to find a great home to start this new life with his son, and God saw fit to bless him with a job that allowed him to be accessible to both his family and his entrepreneurial aspirations.

Laforenzo, just a day before his thirty-sixth birthday, October 2020, proudly launched his own, grassroots financial solutions firm, E3 Financial Solutions. He’d imagined that he would take things slowly to get his feet wet, to work in his business part time and continue working his 9-5 for at least the next 6-8 months. But God had very different plans. Laforenzo’s sister who was also in the beginning stages of her business start-up, supported him with giving his company and his brand a unique appeal – helping him to stand out in a very saturated industry simply by leveraging his story. Working with his sister, a business development coach and brand strategist, Laforenzo learned to take control of his brand narrative; creating a purposed-driven brand roadmap for clarity and connection, a brand persona to help focus his target audience, gain an understanding of brand storytelling giving his business a humanistic appeal, and creating content that resonated with the emotions of his audience.

These new strategies helped to catapult Laforenzo’s entrepreneurial career in less than 90-days. Appreciative of his growth, Laforenzo knew that to completely embrace this elevation, and to truly give others the hope he desired that he needed to heal. So, on the anniversary of his best friend’s passing, he decided to celebrate his friend’s life and honor his own by taking part in a healing ceremony. He admits to gaining more closure than he expected. He realized that he was also mourning the loss of other close family and friends; nursing his feeling of emotional abandonment by his mother, as well as her new diagnoses; festering over the lack of a fatherly figure in his life, and other childhood pains. Laforenzo admitted to crying for hours, but he also admits to feeling like huge weights were lifted from his shoulders. He finally felt at peace, but ironically ready to push forward in his purpose.

March 20, 2021, marks a new era of living for Laforenzo. It’s when he says his business really took flight. He remembers the moment he decided to fire his fulltime boss and hire himself. Laforenzo for the first time in his life, felt like he was in the right place, finally doing what he was purposed to do, and loving every moment of it! As of date Laforenzo is nearing his one-year anniversary as a fulltime entrepreneur, a business owner, a financial solutions specialist, an advocate for quality living through sound financial management and literacy.

In just under 12 months in, Laforenzo has made over $60k in revenue, doubling his would have been salary from Amazon. He projects hitting six figures by month 18. But what is most rewarding to him, is his unwavering faith in God’s plan for his life, and the time he gets to invest in his relationship with his son. Laforenzo admonishes the fact that he has been able to assist over thirty families in manifesting their dreams through credit repair and other financial advisory. In fact, to name a few:

2 closed on their dream home,

one client was approved for a $1.1 million home loan

Laforenzo’s motto is “it’s God’s plan, but faith without works brings about no results – work on yourself, so that you can put your gift to work for others”. 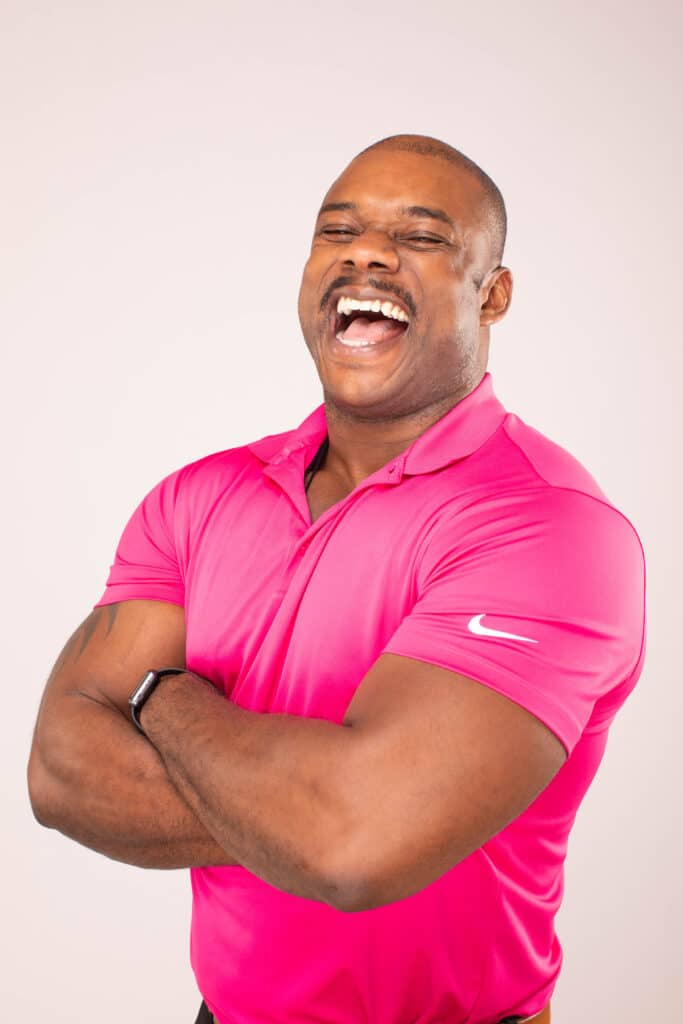 About your host, Christine

Transition and Lifestyle Coach, Host of The Corporate Escapists TV Show & Podcast, Speaker & Educator. In a past life, I was a corporate queen, earning the big bucks & working my way up that ladder. From the outside, I had it all, but I felt completely dead inside. It wasn’t until I hit rock bottom that I really discovered what was missing from my life. I realised I had no idea who I was.

What lit me up. What was setting my soul on fire? What was my passion in life? But after years of doing the inner work, I have rebuilt my life and now I want to help you do the same. 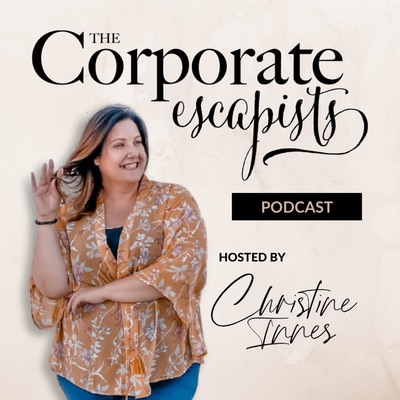 Listen to our latest Podcast Episode

The Latest Issue of The Corporate Escapists Magazine is OUT NOW!

This magazine is filled with inspirational stories and advice to help you take back control of your journey, follow your passions and start living your best life. 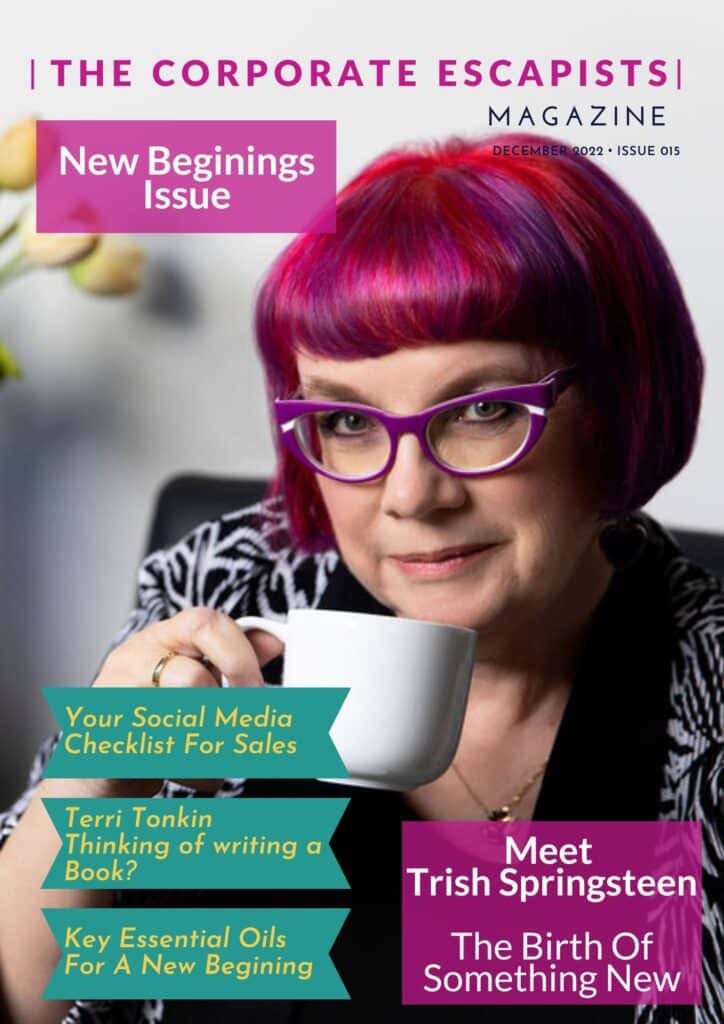 Thank you for watching!

If The Corporate Escapist podcast has helped you at all, please take a minute to support the show by:

Business, Coaching, Podcast, TV Show
An Empowered Life This week we are sitting down with Kylie James who is a coach and #1 best selling author in the book An Empowered Life and An Inspired Life After leaving her corporate career Kylie stepped into her own business Kylie James Coaching. Sit back and enjoy the magic with Kylie as we...
Read More

Monique Jeremiah - The most important element of one's success is the ability to believe in oneself when no one else believes in you at the very start.

Branding and Design, Money and Career
Monique Jeremiah is the director of Diversity Models modelling agency. As an award-winning entrepreneur and experienced commercial multicultural and curve model in Australia and in Singapore, she started Diversity Models to break industry standards. Thus with a passion for business and people, Diversity Models aims to provide a unique pathway for multicultural, mature aged and...
Read More

Lorna Zelenak - I am a Cosmetic Nurse who is passionate about enhancing your natural beauty - all while advocating for transparency and your safety.

Body and Health, Business, Coaching
Lorna Zelenak is a Registered Nurse and Entrepreneur. She has founded Cosmetic Injectables by Lorna and The Aesthetic Atelier – Australia’s first and only business program for cosmetic nurses. Lorna is currently shaking up the aesthetics industry, with a goal to create transparency from nurse to patient about procedures, risks and side effects. She is vocal...
Read More
© Copyright 2021
Menu
Facebook Instagram Youtube Pinterest Podcast